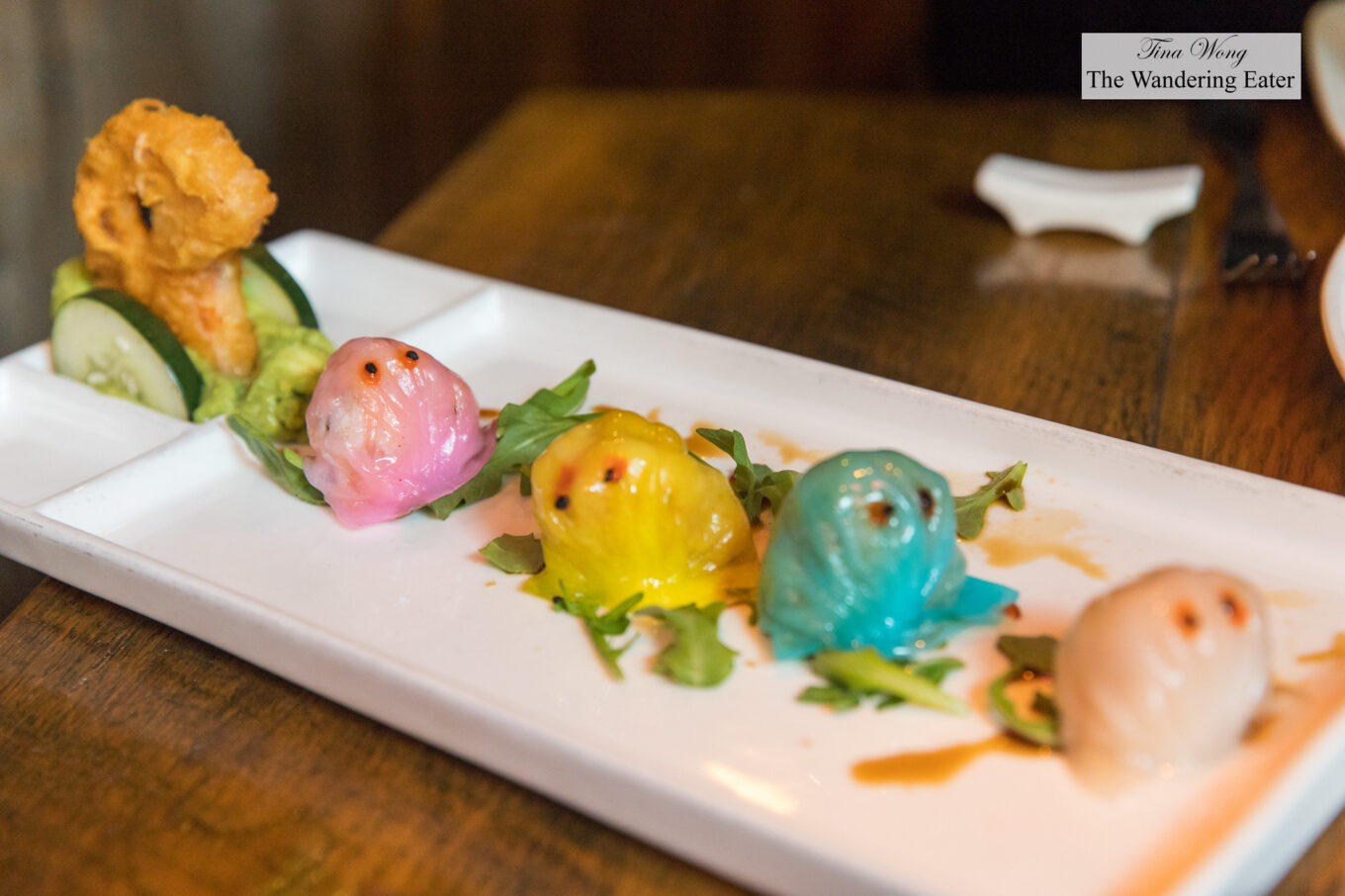 Ed Schoenfeld and his partner, the talented Hong Kong chef Joe Ng has a “farm style” market-driven Chinese cooking here as they do at the original West Village restaurant, although in a larger, more salubrious space. RedFarm and Decoy (both venues share the same menu; RedFarm is upstairs while Decoy is downstairs) are not the place for the person that shows up in Chinatown at 11 AM, ready to battle it out with 100 other people for the best shrimp dumplings from a rolling cart. This is not necessarily an authentic dim sum experience but they certainly have excellent Cantonese food and some dishes that have American touches (like Ed’s Pastrami Egg Rolls). RedFarm is more suited for people who know dumplings better as “pot stickers”, and maybe have a little trouble with chopsticks. 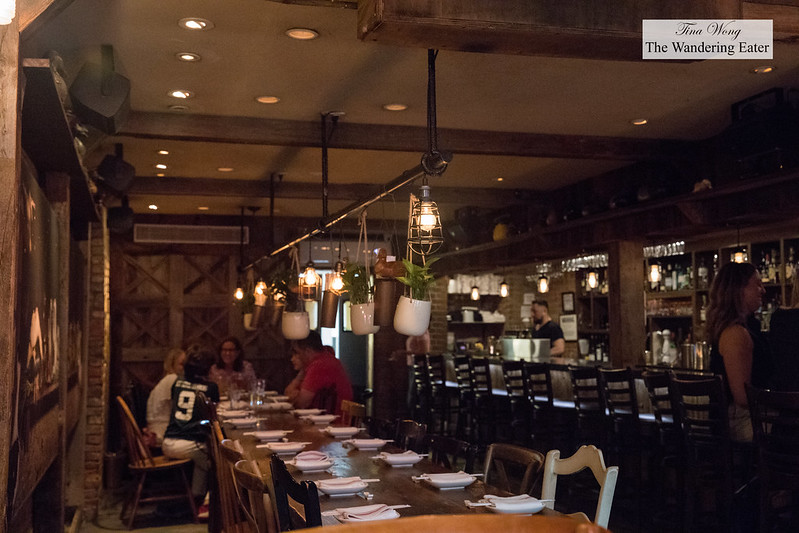 In spite of the aforementioned, I went there with someone who is very familiar with Hong Kong/Cantonese food, my father. Since I am familiar with Chef Ng’s excellent cooking and a fan over the years I felt comfortable enough to take him along. To summarize this particular outing, both my father and I were amazed how good the food still is. I cannot find any fault in any of the dishes we ate. If anything I would comment, the speed of the dishes coming out from the kitchen reminds me of old school Chinese restaurants – it comes out in lighting speed – and I would prefer them to slow down a couple of beats so the food may be enjoyed more. The service was great and the atmosphere at Decoy was dark and moody like any bar you’d expect but there’s a lot of attractive people dining as time passed.

If you know dim sum, the two main dishes that you would judge that chef or kitchen are the shrimp dumplings (also known as har gaw (蝦餃) and shu mai (燒賣). The ‘Pac Man’ shrimp dumplings are playful with the colorful wrappers but they are technically perfect. Thin, pliable but strong enough to hold the filling while picking up the dumpling with chopsticks. The various fillings (I forgot what they were admittedly) were delicious.

The creative or American influenced dishes of shrimp-stuffed crispy chicken and the pastrami egg roll. Both were unexpectedly delicious. The egg roll was super crispy without being greasy and the pastrami was flavorful. The addition of honey mustard was a nice touch to make the flavors cohesive and I don’t mind this kind of “fusion” food because it works. The shrimp-stuffed crispy chicken has influences of the southeast Asian fare notably from the vinegar-based dipping sauce that’s sweetened and flavored with red onion, spring onion, celery and ginger. The chicken itself was moist and the coarse shrimp farce worked with the chicken texturally and flavor-wise. It’s a dish that I didn’t expect to like a lot but it swayed me.

If there’s a dish for me to really go crazy for is the Peking duck. At $95, this expertly roasted duck is worth it compared to other restaurants around the city who charge similar prices if not more (and they mostly are Chinese-style roasted duck and should not be called Peking duck) and can easily feed three people at least. The duck fat was rendered so well that the skin is parchment thin and crisp. The meat was still moist and it was marinated with a mixture of spices and what was smart is the small serving of pickled spring onion bulbs. The three sauces to go with it was the homemade hoisin sauce, cranberry, and Chinese sesame paste and two shot glasses’ worth of duck consommé. The consommé was excellent and I wouldn’t mind drinking a large bowl.