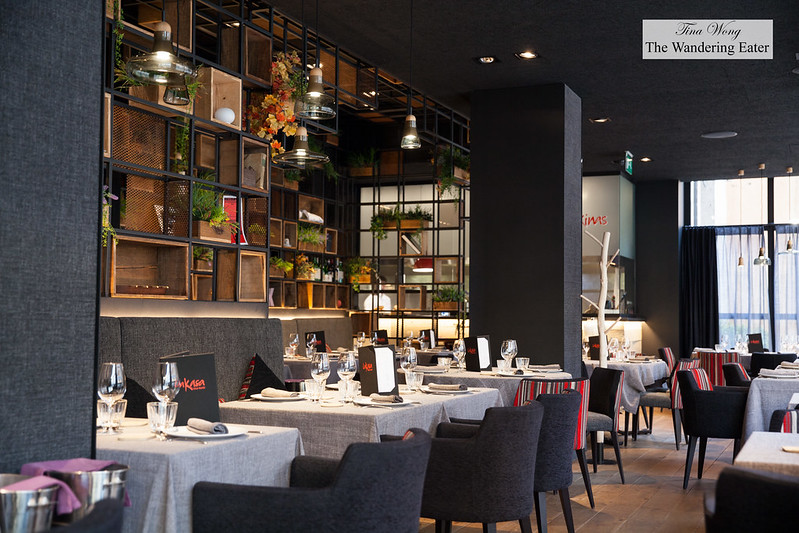 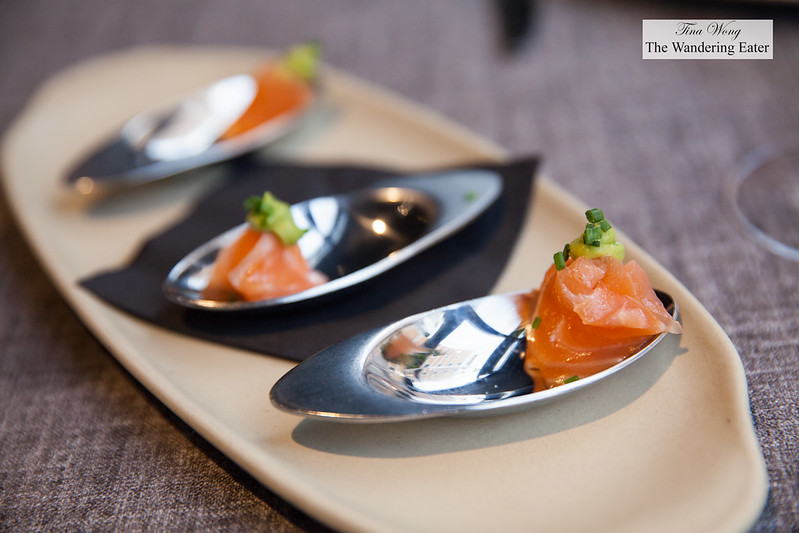 One of our dinners was at Lakasa in Chamberi. We were pretty excited for this dinner as we have heard good things about this restaurant that does cook according to the seasons and Chef César Martín and his team cooks meat very well (this is to appease one of my picky diners).

This restaurant is a beautiful, open dining space with large windows and a large bar/lounge room when you enter. We sat by the windows and our waiter was thoughtful to leave us a tablet with the English version of its menu.

After we ordered, they sent out an amuse bouche of salmon sashimi dotted with avocado was a lovely bite. Silky, creamy and the salmon was very fresh. 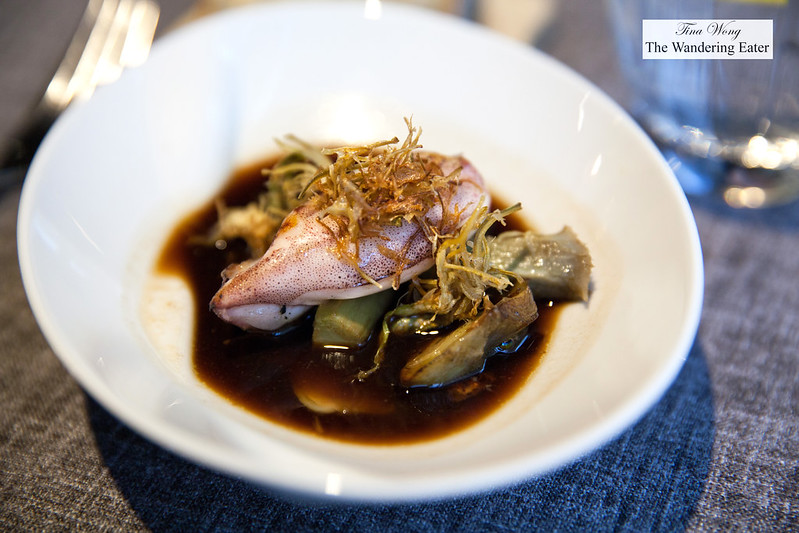 Since we were sharing the courses out like family style, we were slightly surprised that they portioned our our order of baby squid with artichokes. The squid was cooked nicely that it’s tender and seasoned well. The artichokes were cooked two ways, the edible part of the stems and the artichoke hearts were cooked with the sauce and the other is thinly fried stands of the plant’s heart. This dish works well since the artichokes have this delicate brine-like flavors like the squid. 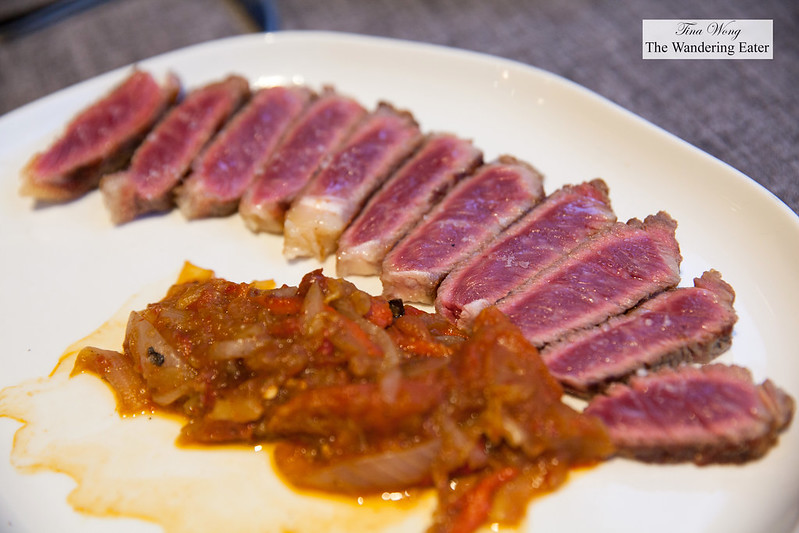 The Presa de Ibérico puro is a minimalist dish of pork. It’s a slab of Ibérico pork that’s seared to a preferred rare. (I know most of us Americans are not used to having pork cooked less than fully cooked but it’s typical in Spanish cuisine.) The pork is very meaty like steak would and it pleases my carnivorous dining companion. The onion-pepper salsa was a flavorful side. 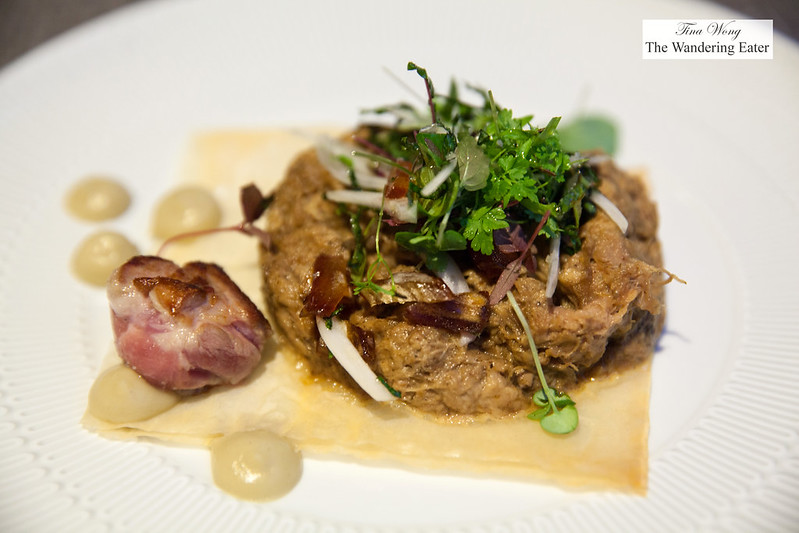 The lamb shank ras al hanout was not shy in terms of flavors and the kitchen’s version of the Moroccan spice blend is pretty good albeit slightly heavier on the cinnamon than the cumin (it was erring toward the sweeter spice than hot spice). The braised lamb was very tender and while I like the idea of having crisp phyllo sheets, it would have fared better if it was on top than sitting underneath the lamb. 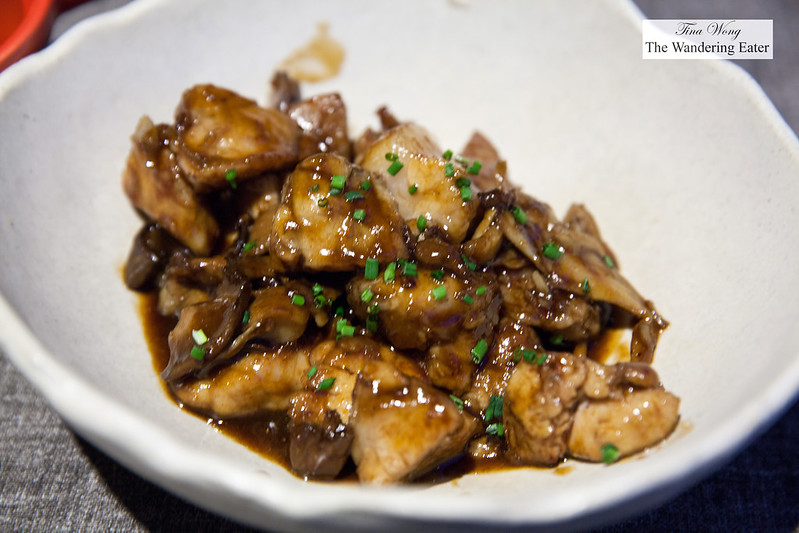 The service was very good and organized. The food was great and we had a very good time eating at Lakasa.