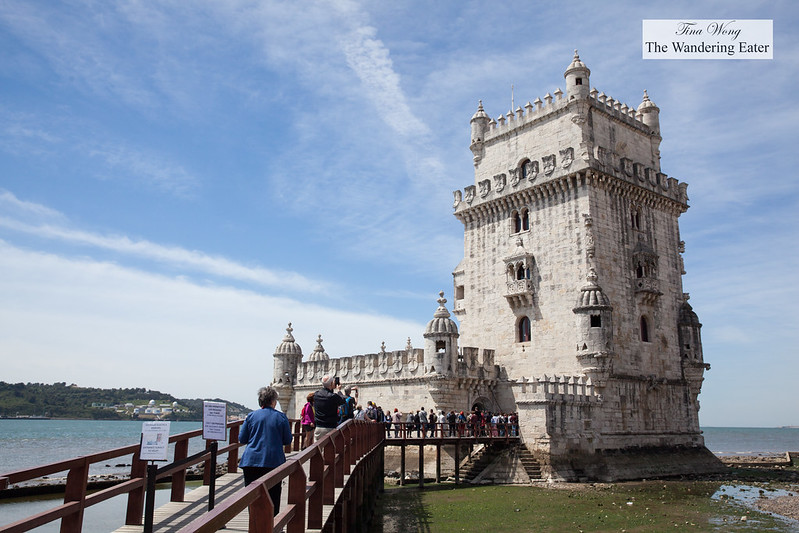 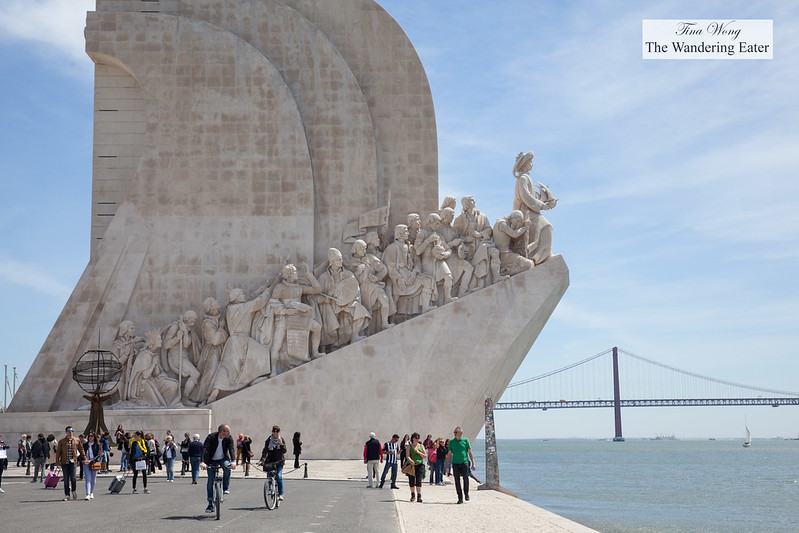 One of the days when we were in Lisbon, we headed out to the historic town of Belém that’s about 30 minutes out west by tram. This particular town is picturesque and has the most important tourist attractions. Belem is situated on the northern banks of the River Tagus and from the ancient harbors of Belem, ships set sail around the world, and many of the 14th century “voyages of discovery” departed from here.

The Belem Tower was constructed to guard Lisbon from sea bound attacks and was positioned in the centre of the Tejo Estuary but today, due to changes of river flow, the fort is now located on the banks of the Tejo River. The design of the Torre de Belem was heavily influenced by North African styles, with Moorish watch towers, decorative battlements and the first European stone carving of a Rhinoceros.

(Many thanks to Visit Lisbon for providing us with the Lisboa Card to travel to the beautiful town of Belém and visiting these amazing sites!) 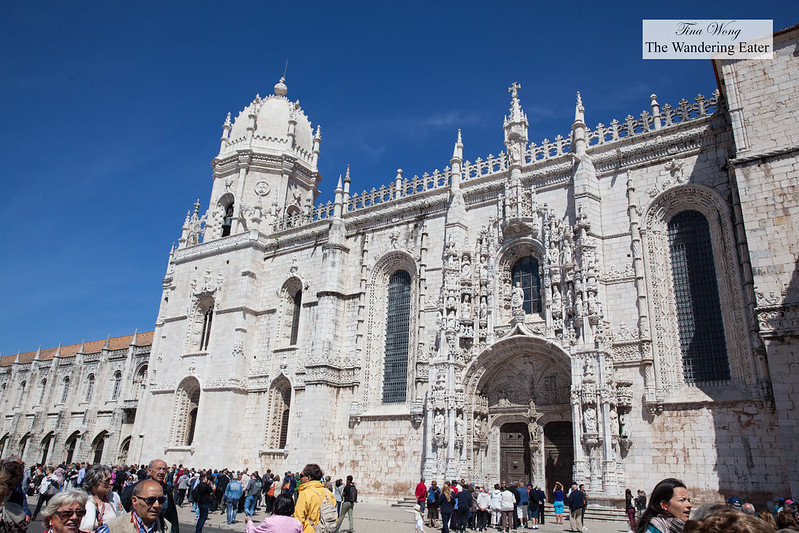 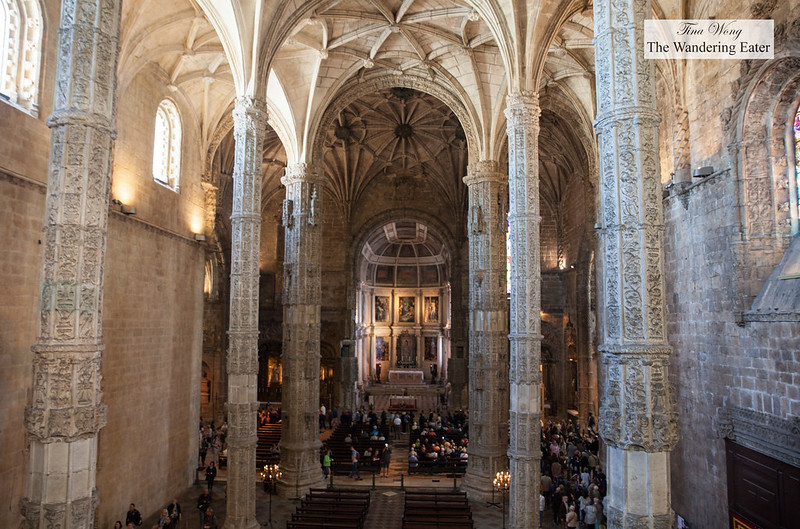 We saw the gorgeous details of Mosteiro dos Jeronimos is the extravagant monastery that was funded by the wealth and trade that flowed from the Portugal’s colonies during the 16th century. The site was closely associated with the early Portuguese explores, as it was the location that Vasco da Gama spent his last night before his epic voyage to India. Later, wives of sailors would come and pray here for the safe return of their loved ones. The monastery is simply breath-taking, with beautiful stone carvings throughout the vast religious building. 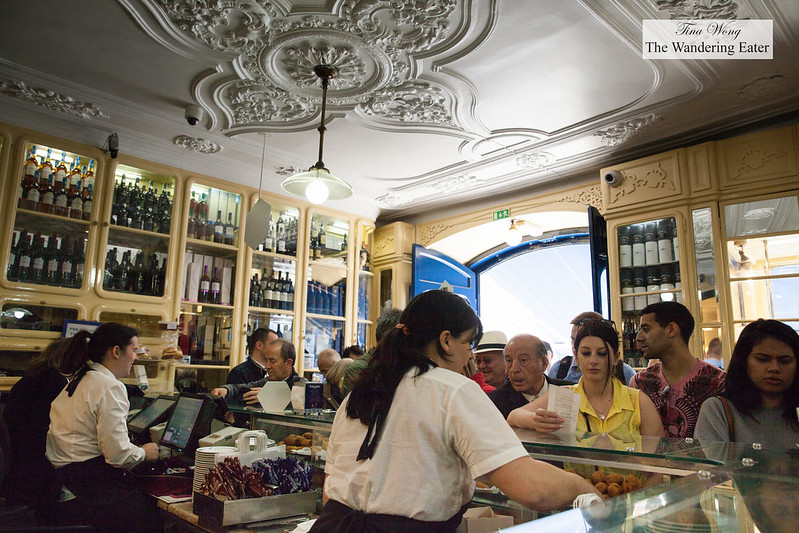 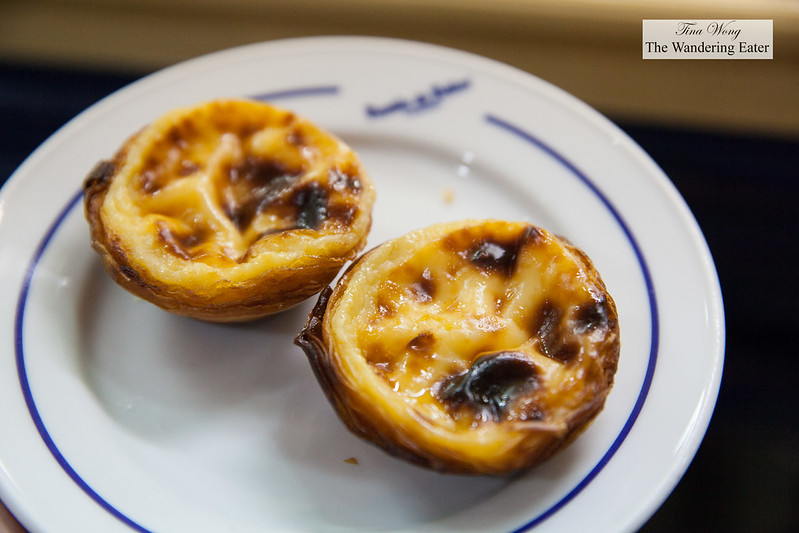 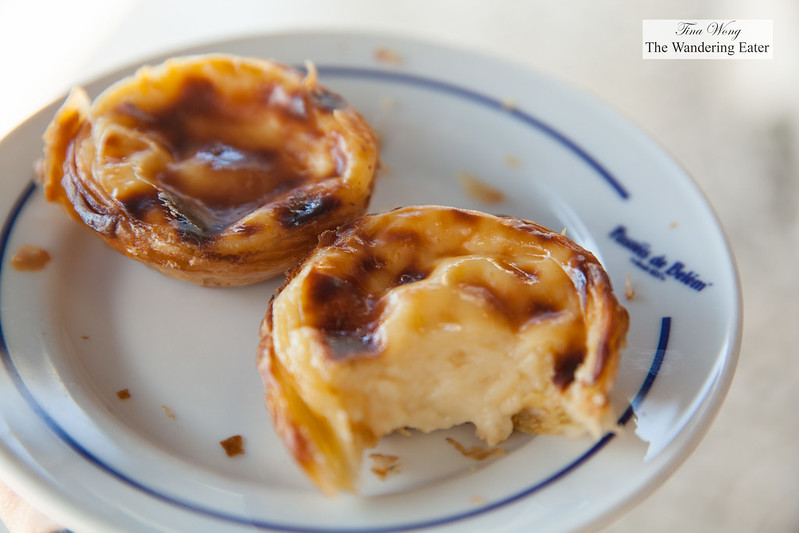 If you walk about 20 minutes, the “must go” stop for Portugal’s signature sweet, pastel de nata. It’s an egg custard tart, similar to the Cantonese-style dan tat (蛋撻) but the custard fulling is much creamier textured like thickened condensed milk. The bakery in mind that is famous for this particular pastry is Pastéis de Belém opened since 1837. It’s a very popular place to get this pastry that crowds build up and lines curl around the block.

What I really like about their pastel de natas compared to the other popular pastel de nata bakery, Manteigaria is the fact it’s less sweeter and I think Belem’s crust is much flakier.