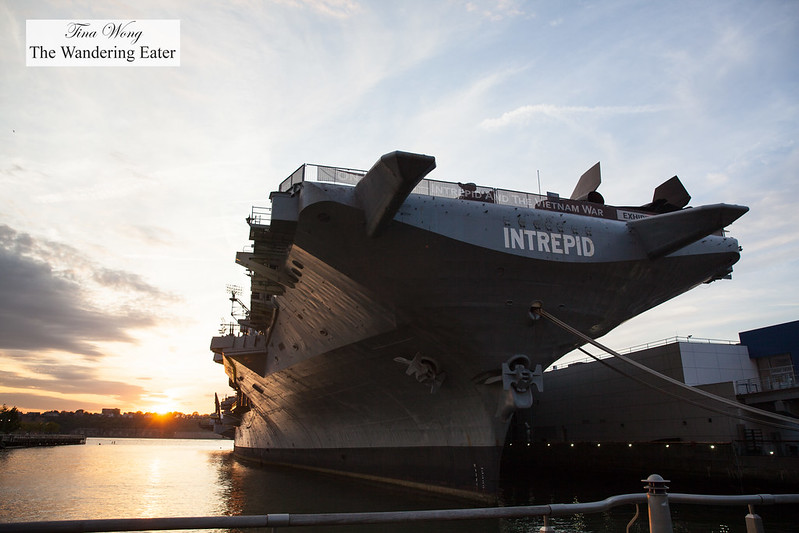 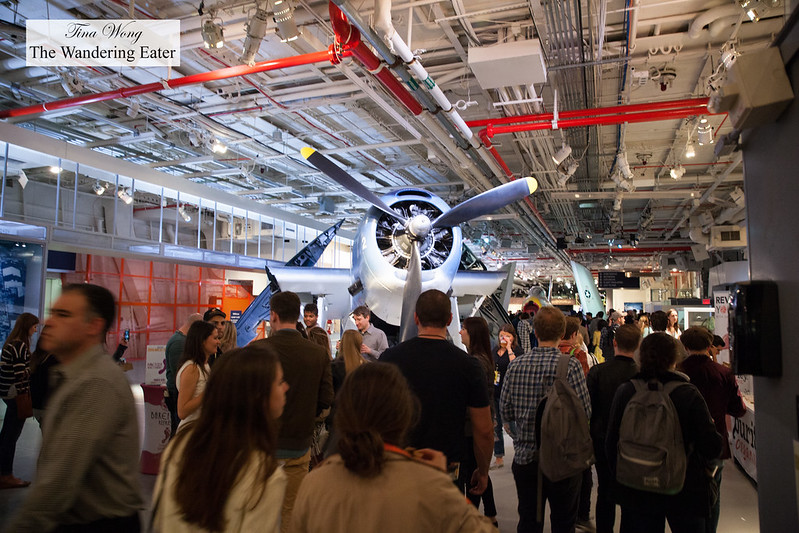 Last night was the inaugural Brunch Eats by Village Voice 2016 at the Intrepid Air, Sea, Air & Space Museum. The general idea of having breakfast for dinner is fun but what makes this event much cooler is the fact you’re eating in a museum filled with vintage war planes, submarines and even space rockets. 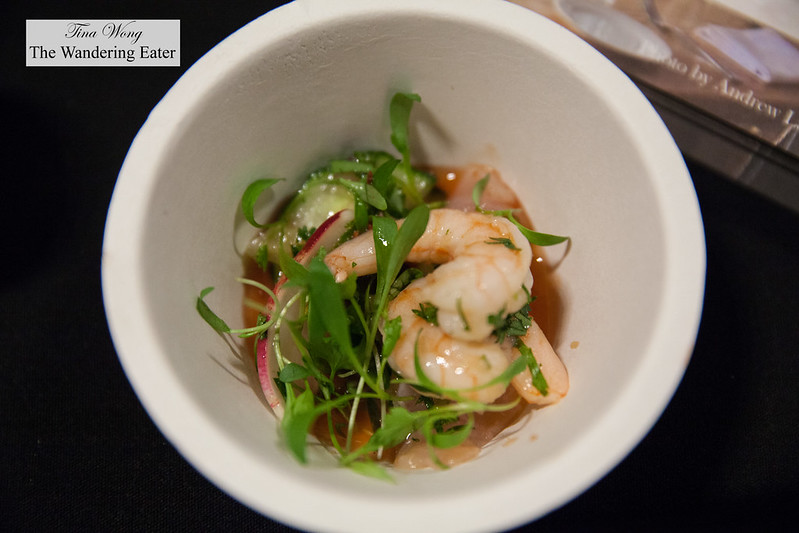 Some of the best bites of the evening was the black sea bass and scallop “Bloody Mary” ceviche by Eugene & Co.. Loaded with fresh shrimp and black sea bass, wonderfully balanced and not too acidic. It’s very appropriate for a spring evening. 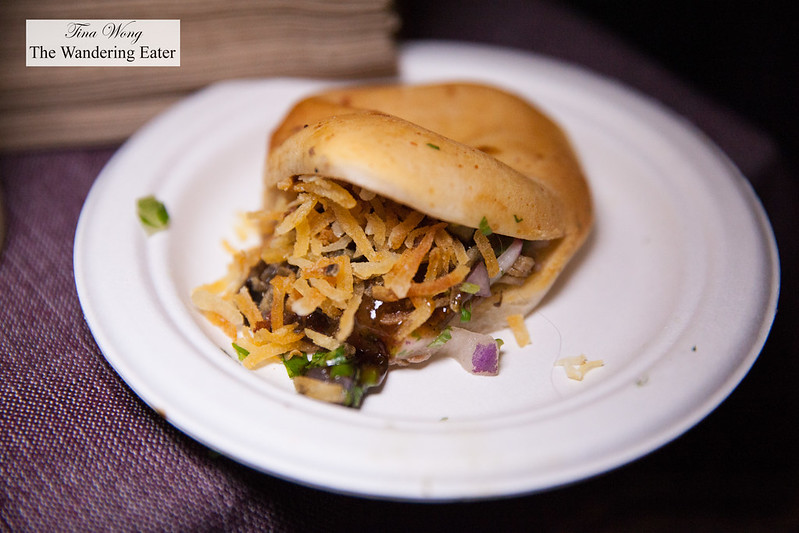 The torta de pato from The Black Ant was the heartiest and boldest flavored plate of the evening. The dense, corn-based bun was stuffed with luscious duck carnitas and topped with crispy potatoes and bold beer-based morita salsa was delicious. 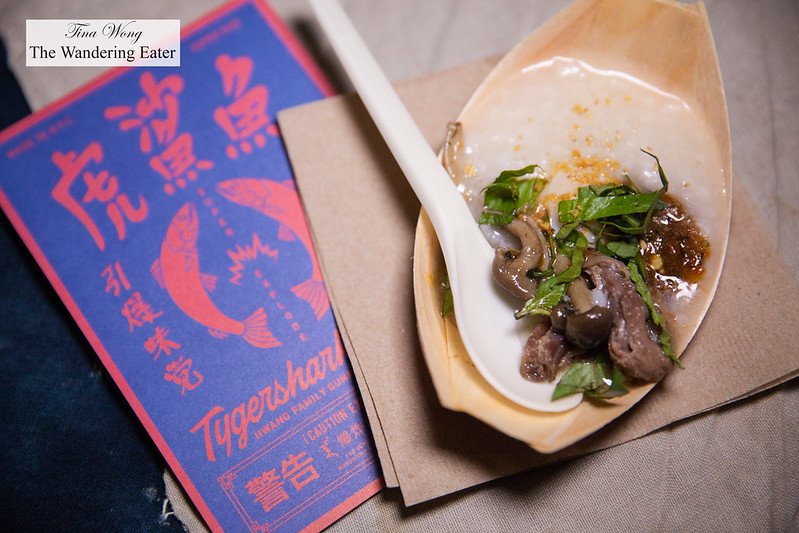 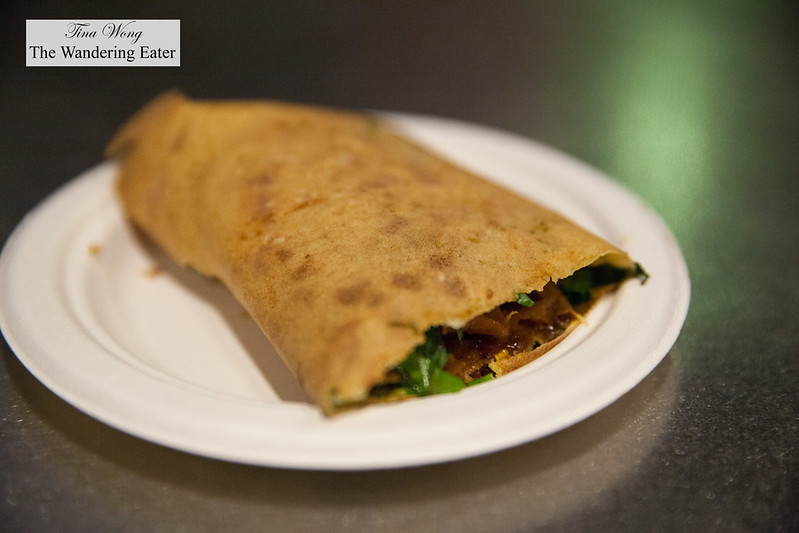 Hipster-style Chinese breakfast food is becoming a thing in New York City as of recent. Congee topped with brisket, mushrooms and quail egg by Tygerrshark was an interesting take compared to the congee I grew up. The congee’s texture was not too thick and had good texture but the toppings were really the point of this porridge.

The other item the reflects this the jianbing filled with bacon and Vermont maple syrup by Jianbing Company. This savory crepe was filled with just enough crispy bacon and a touch maple syrup. 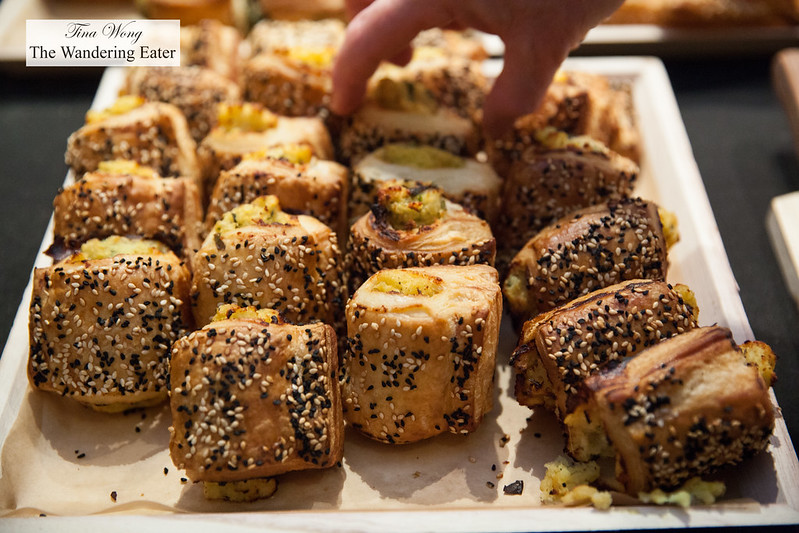 Breads Bakery brought out plenty of delectable savory burekas but they did bring out the breakfast classics like flaky croissants and pain au raisin. If you crave the buttery, flaky pastries Breads is your best bet. 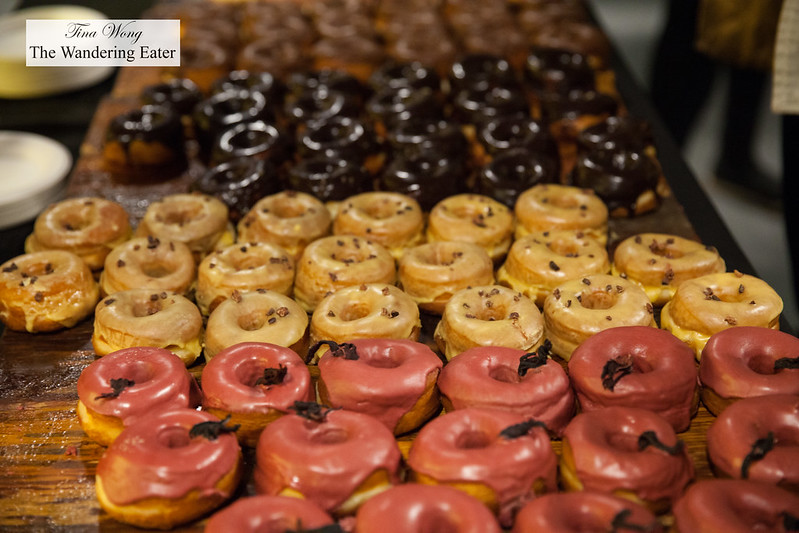 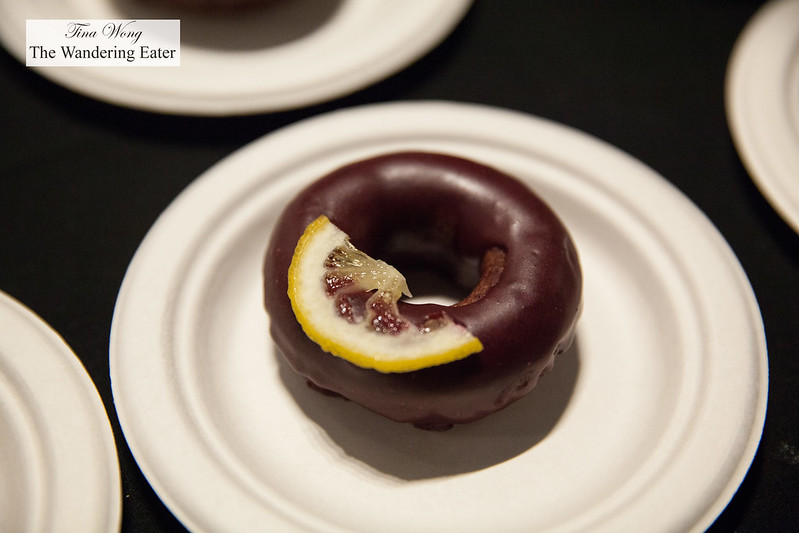 Another sweet breakfast classic is doughnuts. Two of the best doughnut brands in NYC are represented that evening were Underwest Donuts and Dough Doughnuts. Underwest served their wonderful cake doughnuts (my personal favorite is the blueberry thyme). Dough was the signature yeast doughnuts, wonderfully pillowy and tender and intensely flavored of a choice of chocolate, passion fruit with cacao nib, hibiscus, and glazed. 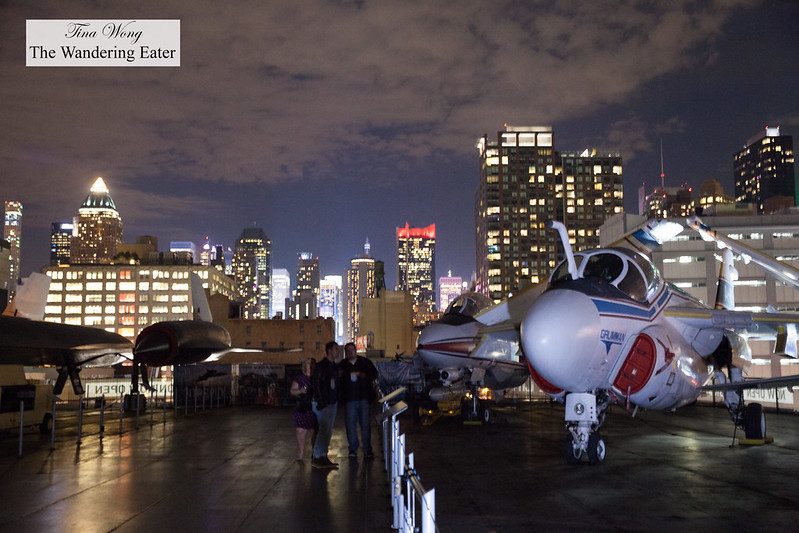 Once you have a full stomach, it’s pretty damn cool to have the view of the west side of Manhattan from the deck of the Intrepid and be surrounded by these rare war planes.