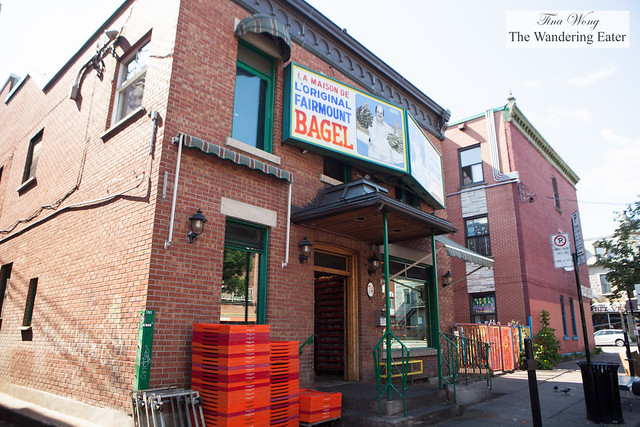 Fairmount Bagel in Mile End is one of the two legendary and popular Montreal-style bagel brands in Montreal. When you walk into any casual cafe or coffee shop, most likely you would see Fairmount being the bagel of choice. 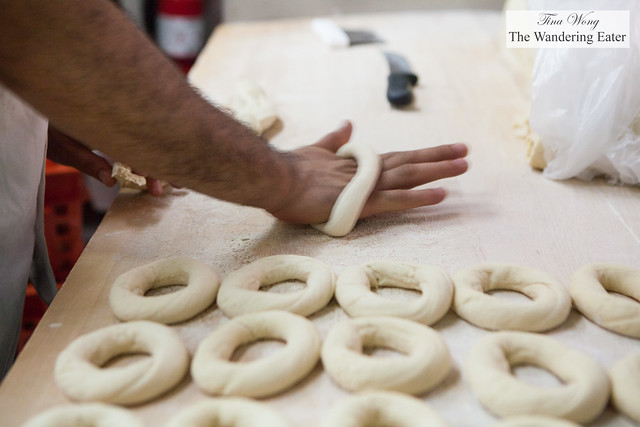 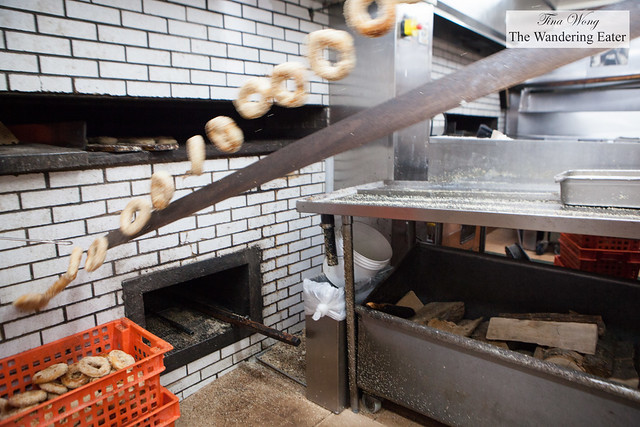 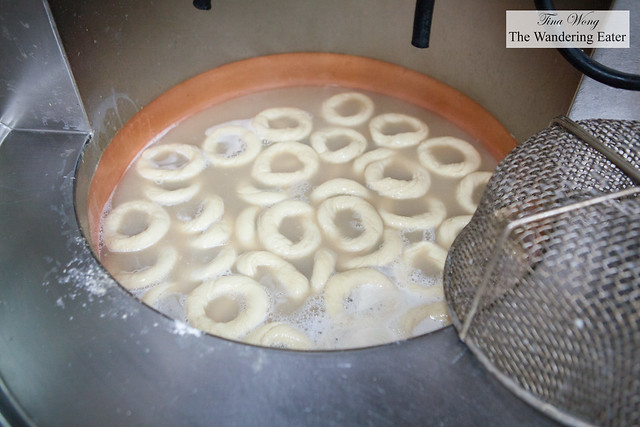 What makes this bagel different than a New York style bagel (or at least the type of bagels we see in the U.S.), is essentially it being smaller (about half its size), flatter, not as bready and chewy. (I like my crust more than the bready fluff in a bagel.)
Fairmount Bagel is the first bagel bakery in Montreal, opened in 1919 by Isadore Shlafman. It is still a family owned and operated bagel shop but it has expanded over the years providing bagels through it’s tiny retail front, to restaurants as well as grocery stores (they bag the latter in plastic bags). 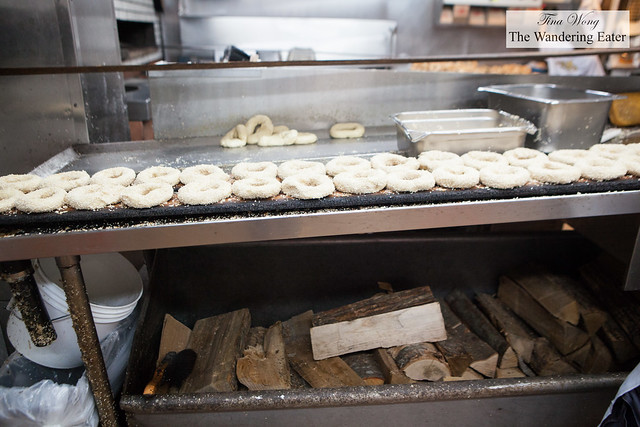 <‘/p> Fairmount’s bakers hand roll each bagel from an enormous slab of dough, then they’re dropped in boiling water sweetened with a touch of honey, and baked in large wood-fired ovens on the premises. Poppy seed is the original flavor but sesame is the most popular.

Fairmount offers nearly 20 types, including the Bozo (three bagels twisted to one; it’s the size of a New York bagel). The shop is small, to-go only, but absolutely worth popping into to see the bakers in action. The shop opens 24 hours a day, 7 days a week — even on Jewish holidays.