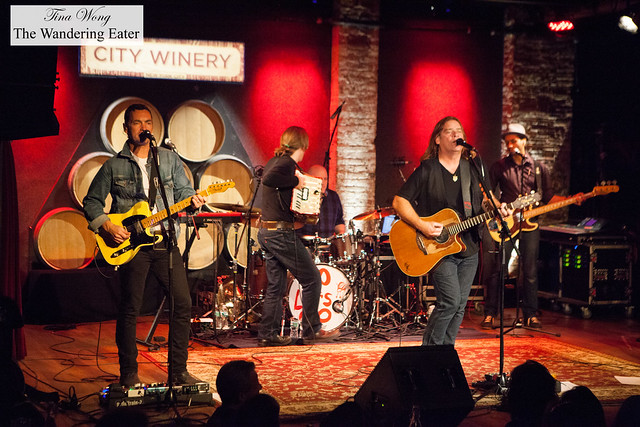 A few weeks ago, I had dinner and a very fun concert at City Winery. My companion was a fan of a Canadian musician, Alan Doyle. I know of City Winery for a long time as I liked the venue and the food was good back then but never went there for a concert. 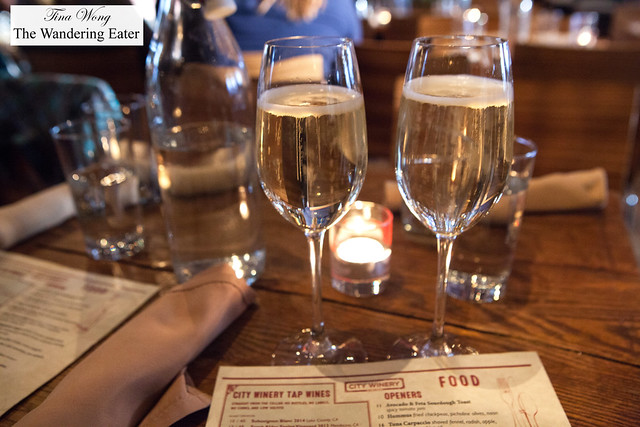 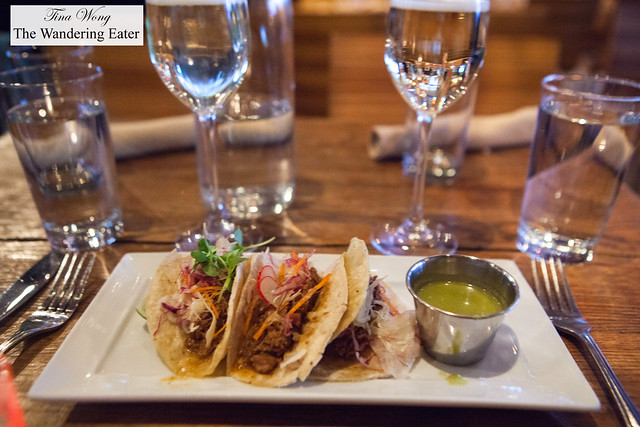 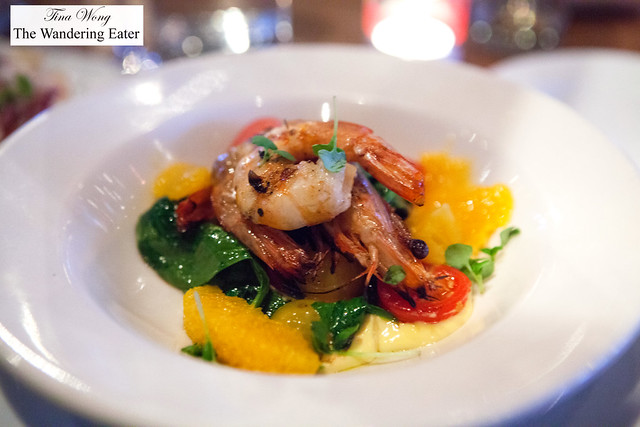 We had an hour to eat before the lights go down for the concert, so we started off with glasses of refreshing, minerally Brut Prosecco ($12 each) that paired well with the trio of braised duck tacos ($15). The duck meat was tender, juicy and tasty and the taco shells were nicely warmed up. We adored the mild heat from the guacamole-tomatillo salsa. 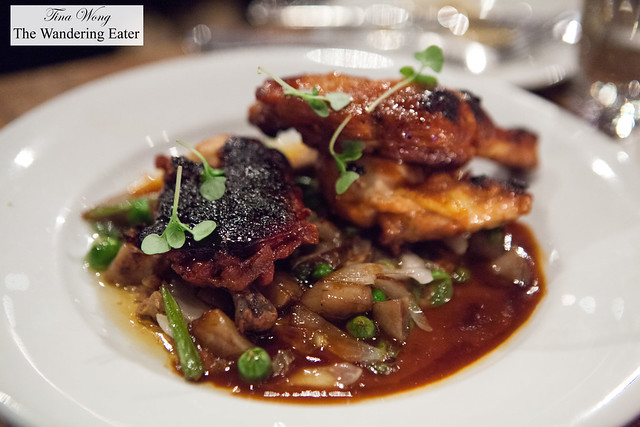 My companion had the glazed Cornish hen ($26) with chanterelle puree, English peas, spring onions, and roasted sunchokes. The hen was succulent and cooked perfectly. The glaze have it a hint of sweetness while the chanterelles, peas and onions added heft to the dish and a delightful dose of spring inspired flavors. 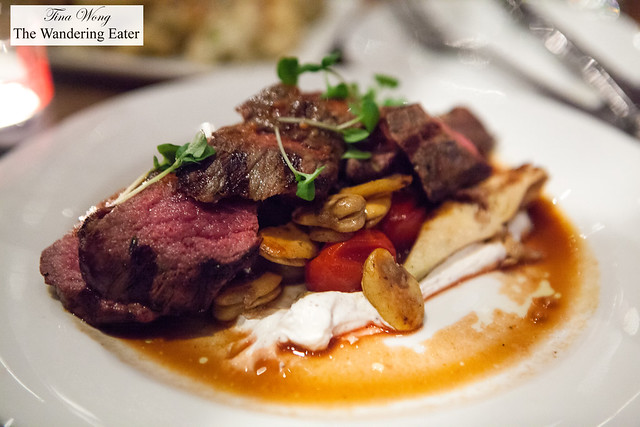 My roasted lamb shoulder ($28) with sumac labne, fava beans, charred tomatoes, artichokes, and pickled mustard seeds was a hearty, delicious dish. The lamb was tender, not gamy, and cooked to a nice shade of pink, medium-rare. The flavorful labne and pickled artichokes gave the dish bold flavors, standing up to the lamb. 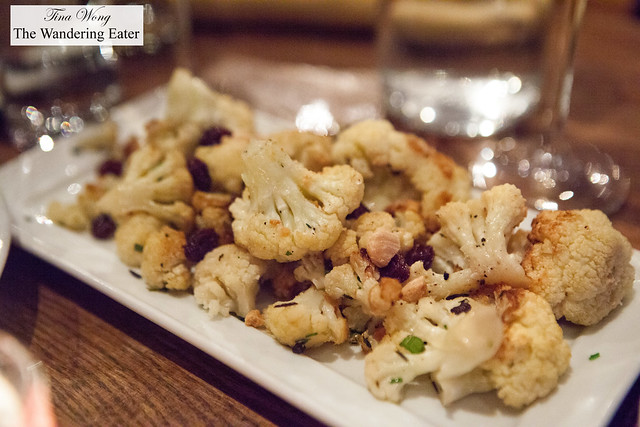 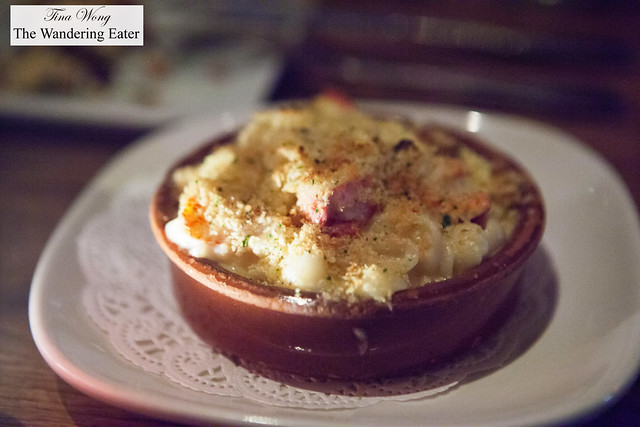 The performance by Doyle and his band was great. Two sets of songs that ended almost until midnight. Funny, entertaining and good times.

The delicious food and well chosen wine list was a plus since usually concert venues don’t serve decent food and drinks at all. City Winery manages to be a good concert venue (despite being a little tight on the tables and seating) and have attentive waitstaff to keep your water filled and fulfill your drink and food requests even when the concert is happening. If you happen to find a musician or performer coming over to City Winery one night, you should go to see him/her/them and have dinner while you’re there.

To view photos of this part of the story, please CLICK HERE for the full photo set or view the gallery below: