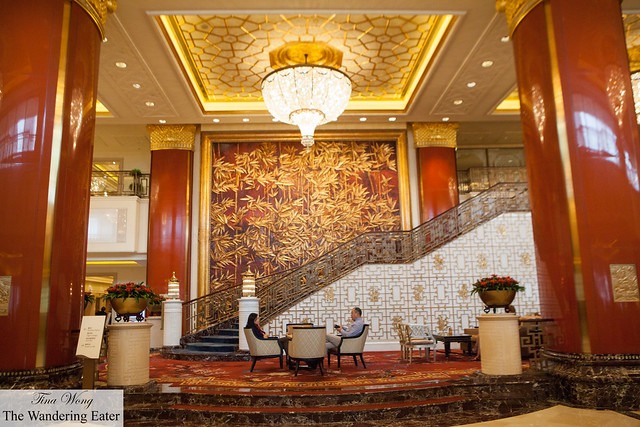 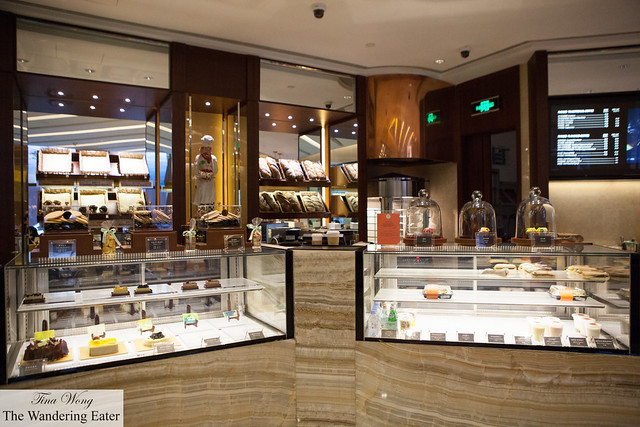 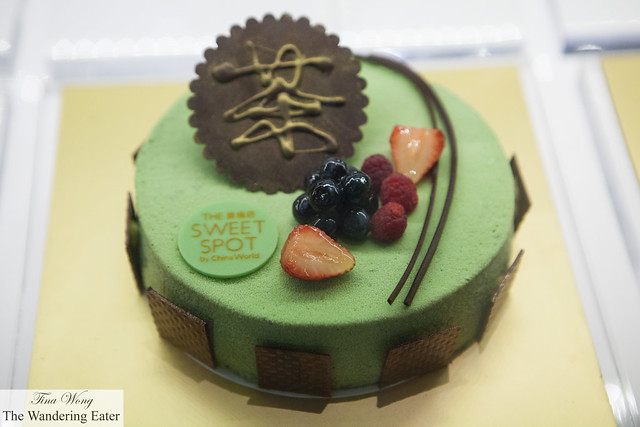 On one of our late afternoons in Beijing, we stopped by The Sweet Spot of Shangri-La’s China World Hotel. When entered the lobby of China World, it felt like we’ve just walked into a miniature Forbidden City. Filled with Ming and Qing era style artwork, the red and gold lobby gave us the impression of old school Chinese glamour.

We were informed that the Sweet Spot is actually found at the hotel’s luxurious shopping and corporate offices that’s just beneath and connected to the hotel. This bakery/café is what I’ve heard and read that offers good European style pastries and coffee in Beijing. Walking up to the pastry counter, we’ve ordered these (points down) 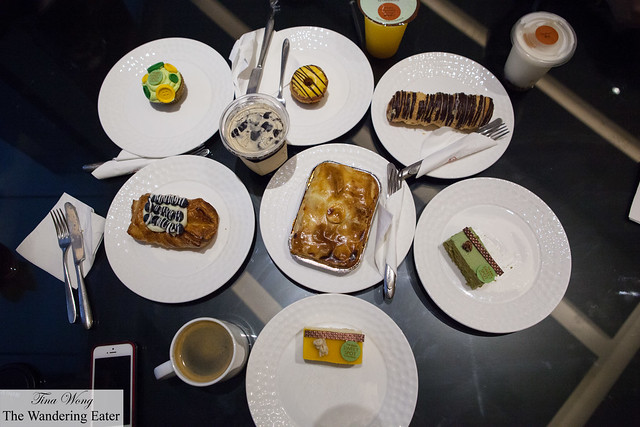 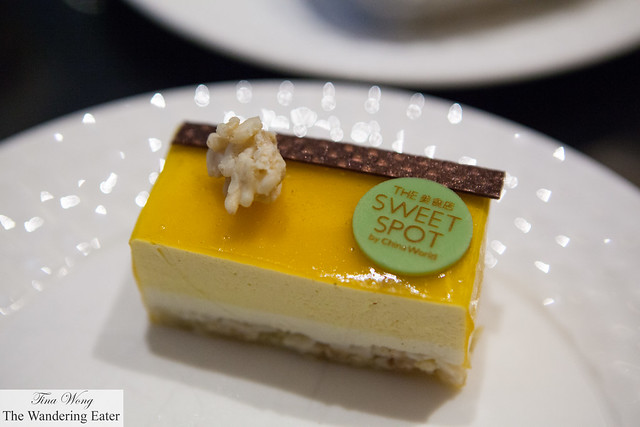 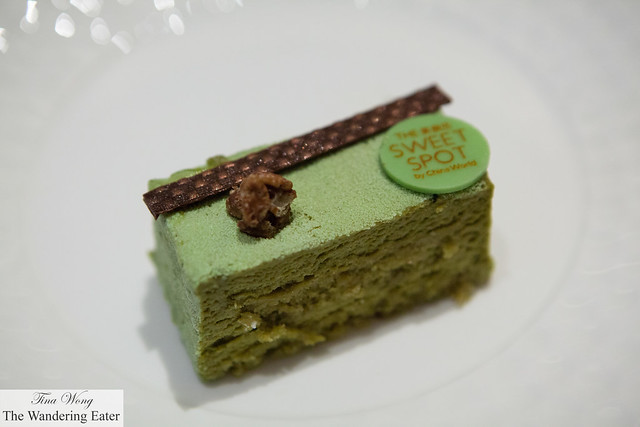 Our matcha green tea cake and mango mousse cake were fine. Not too sweet. The fine and moist crumb cakes but it’s not the most exciting I’ve slices eaten. 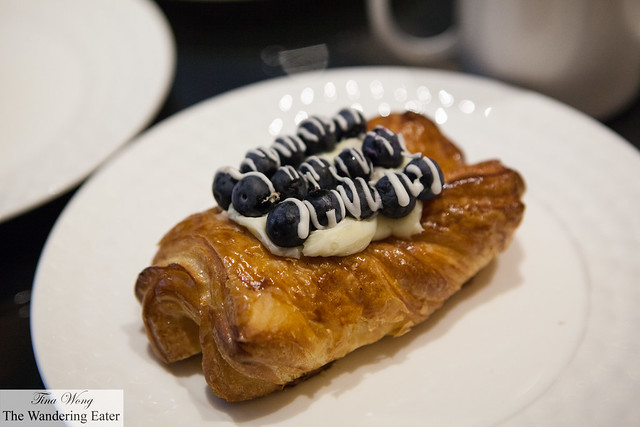 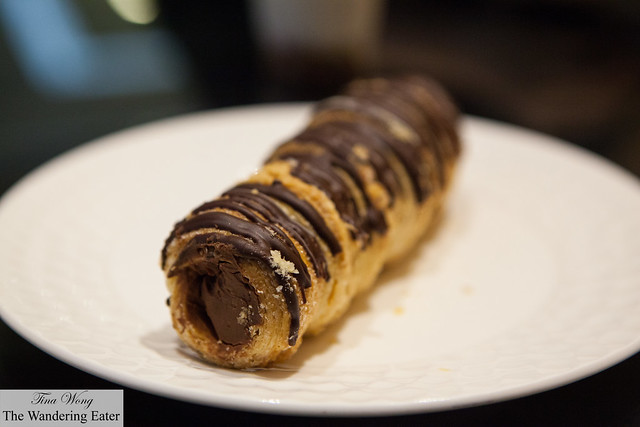 The blueberry cream cheese danish was wonderfully flaky and the flavors were nicely punched up with the tart cream cheese. The ladies behind the counter informed us that the cream horns are what this place is known for. And indeed, they were pretty good but they are quite substantial that it’s best to share with a friend. The not too sweet chocolate cream was tasty with the flaky pastry. 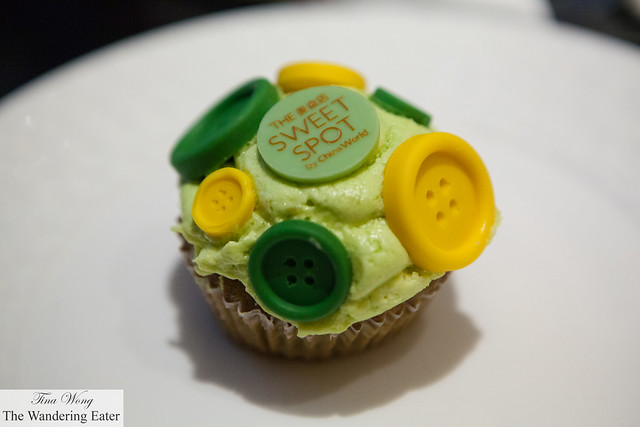 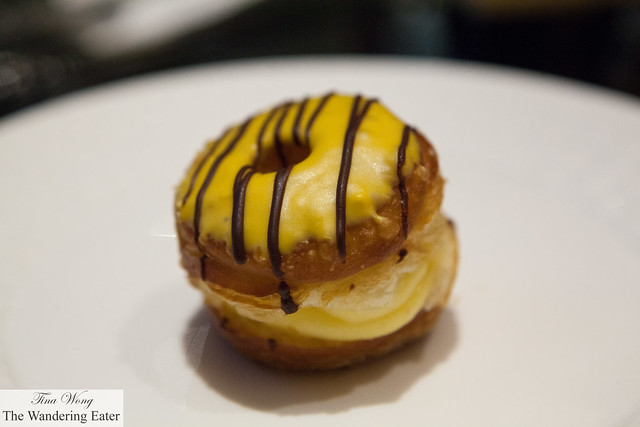 Remainder of our sweets – pistachio cupcake and mango “cronut” – were fine as well. The pistachio cupcake did not have the fresh delicate flavor of that mentioned nut but it’s still moist and it did look adorable. The mango “cronut” (the quotation marks are mine since it’s not the real one but the bakery still called it any way) was decent for what it was. It’s not freshly made and the dough absorbed the mango cream that the expected flaky textures were not there. 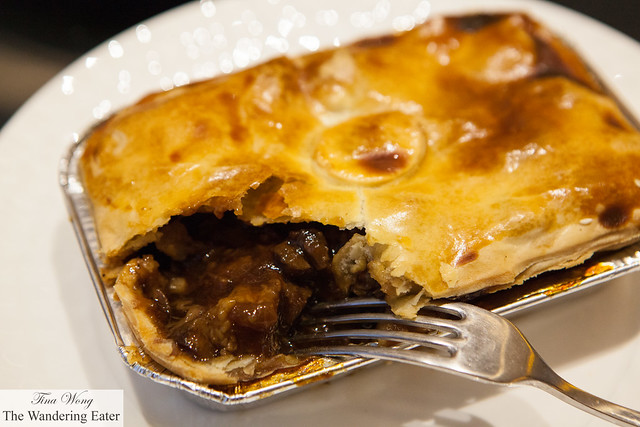 The only savory thing we had was the beef pot pie and oddly enough, we liked that the most besides the chocolate horn. The pie filling had a good ratio of stewed beef cubes and the gravy was incredibly flavorful. The crust was buttery and flaky (the staff re-warmed the pie for us). It was great.

The Sweet Spot is a good place for certain pastries and their other savory options looked great (we didn’t have the stomach capacity to eat more and dinner was soon). The staff are friendly and professional and if you could find a seat near the windows, it could make for good people watching

To view more photos of these visit, please CLICK HERE or view the gallery below: