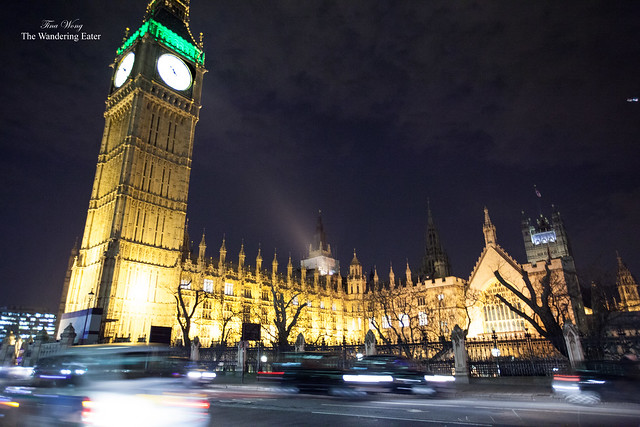 Big Ben & The Houses of Parliament

In case you don’t follow my Twitter or Instagram, I went to London about two weeks ago. (I’m suggesting you should follow either to keep abreast with my activities since it’s quicker to do a short update than writing a full blown post here and actually get to read this much later than what happened.)

Many fellow Londoners who I’ve met when traveling and some — eating with — through that fine city asks me, “Why visit London?” My answer is, there’s a food revolution happening there for the past five to ten years that it prompts some food lovers to make it a destination to explore. It’s not the same as New York City, where we tend to have a dirty city (literally) without many beautiful parks but have a vibrant food, fashion, and nightlife scene.

In an overall perspective from what I’ve seen and experienced, British food in London is more than just fish and chips or Indian cuisines (though the latter is very strong and much better than New York City). Artisan coffee roasters have experiencing those New Wave eras. High-end restaurant chefs are trying to cook beyond classic French cuisine that many of the old guard do. Small, independent food vendors are becoming part of the scene as well (e.g. food trucks). Of course, being surrounded by well preserved British architecture and heritage that the Brits take great pride in is quite a treat as well. The primary con I found as traveling in London (as a native New Yorker in the middle of London), too many shops (food and non-food) and museums tend to open late or close too early. 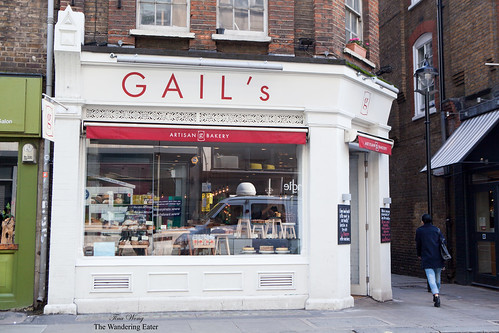 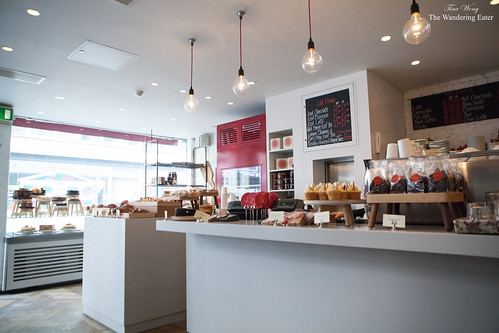 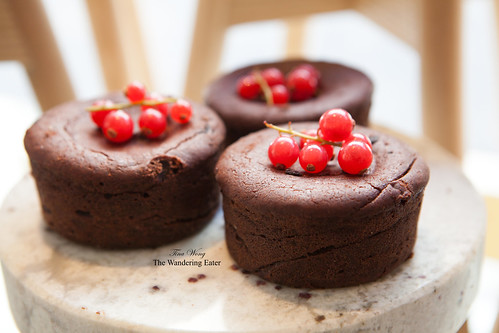 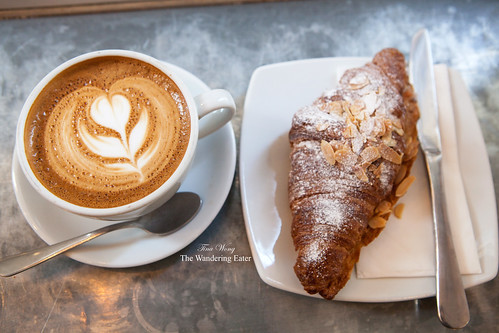 Amongst my many stops in London, I stopped at GAIL’s Bakery, an upscale bakery chain meets cafe. I went primarily to their Soho location since their staff is very friendly, pretty close to where I was staying, and there’s enough space within or around the outside to enjoy the warm, spring-like weather when I was in London (though locals tell me this is their summer weather). 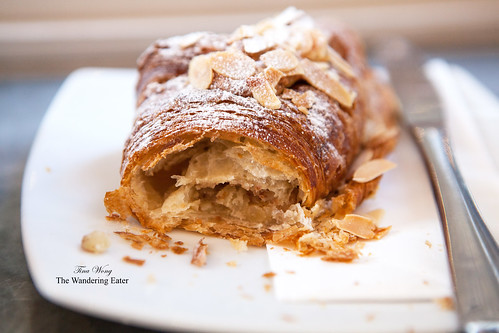 I had a very solid flat white that sort of reminds me of a cappuccino in one of the independent coffee shops in Manhattan or Brooklyn. Their super flaky and sweet almond croissant filled with sweet, housemade almond paste, glazed and baked with sugar syrup. 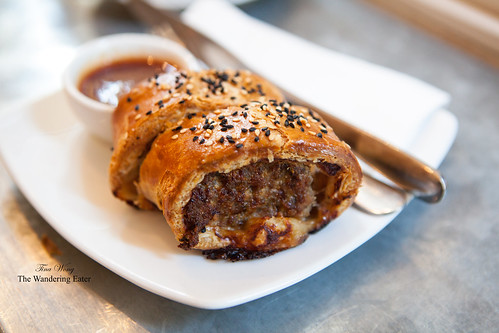 Free-range lamb and pine nut sausage rolls were served with a side of tangy barbecue sauce was a wonderful savory option for breakfast. The sausage filling was incredibly flavorful and the flaky, buttery puff pastry casing gilded the lily. If they added a side salad, it would be a great lunch option. 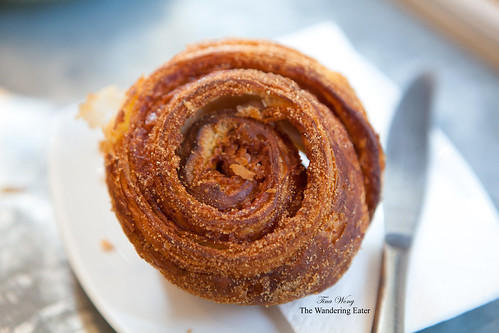 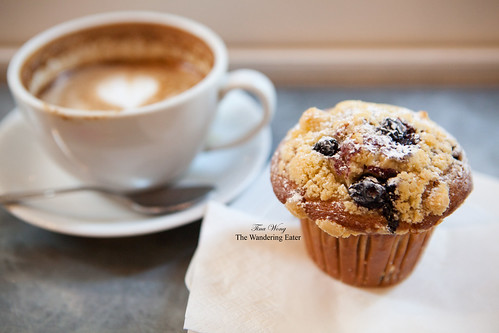 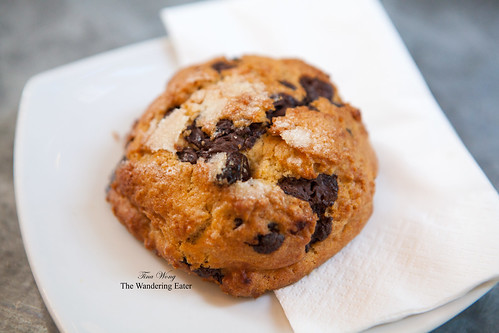 Other sublime pastries I’ve had were their incredibly light, flaky and delicately sweet sugar crusted cinnamon bun, the incredibly moist blueberry muffin, and their chocolate raspberry scone was light crumbed yet intense with deep dark chocolate and lush raspberry flavor that I prefer to have it with a cup of tea. 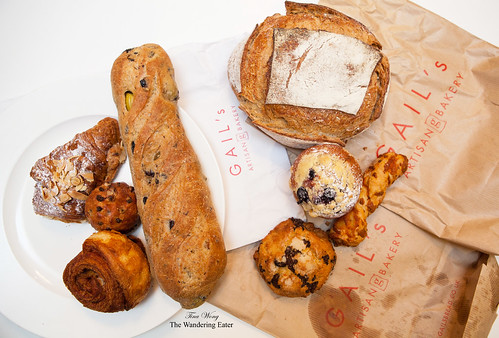 I adored GAIL’s baked goods so much that I had to bring some back to share with friends and family. Their loaf of mixed olive bread would swoon every olive and carb loving person, as so their best selling loaf is a tangy French dark sourdough that had great depth of flavor as it’s mixed with a few varieties of dark grains.

GAIL’s is a very good option to have a quick pick me up, treat or something hearty while you’re in London.

To view more photos of this visit, please view the gallery below (or CLICK HERE):